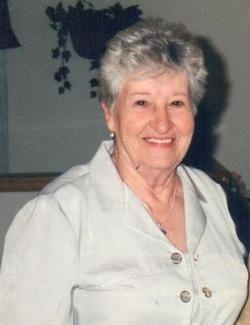 Wilma A. Gillman, 90 of Hillsboro Mo. Passed away on May 8, 2016 in Hillsboro.
Born August 27, 1925 in St. Louis Mo. She was the daughter of the late William Reissing and the late Elizabeth Reissing (nee Leonard). A member of St. Luke's United Church of Christ, Imperial Mo.

In addition to her parents preceded in death by:

Memorials to: St. Luke's United Church of Christ, 6610 St. Luke's Church Rd. Imperial Mo. 63052. Would be appreciated.
To order memorial trees or send flowers to the family in memory of Wilma A. Gillman, please visit our flower store.