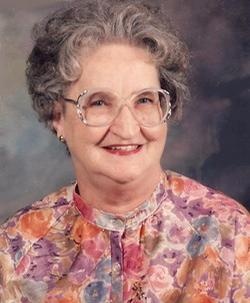 She is a beloved Godmother, Aunt, Niece, Cousin and friend to many.


Memorials to First Baptist De Soto Building Fund, would be appreciated.
To order memorial trees or send flowers to the family in memory of Violet L. Lawson, please visit our flower store.