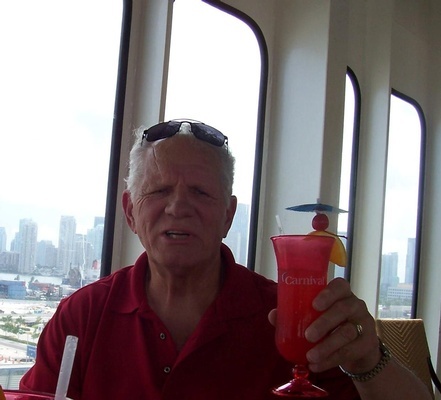 Terry Lee Reed, 73 of Hillsboro, Missouri formerly of Granite City, Illinois passed away on October 6, 2018 at his residence in Hillsboro. Born October 8, 1944 in Litchfield, Illinois to his late parents Paul and Cordelia (nee Reed) Titsworth. Married to his wife Mary Jo (nee Bower) of Hillsboro on November 24, 2001, Pigeon Forge, TN. He worked for 27 years and retired a Supervisor from Granite City Steel.  He was a US Navy Veteran (1962-1966) and served on the Saratoga CVA-60 which was decommissioned on August 20, 1994. Terry was a 40-year member of the Mason Triple Lodge # 835 out of Granite City, Illinois and a member of Hillsboro United Methodist Church.

Interment with full military honors November 23, 2018 at 11:30 at Jefferson Barracks National Cemetery.
Family and friends to meet at 11am at Sylvan Springs Park Ordnance Shelter on Sheridan Rd which is on left just before the cemeteries main entrance. Will will gather there and go in procession to the cemetery.

To order memorial trees or send flowers to the family in memory of Terry Lee Reed, please visit our flower store.