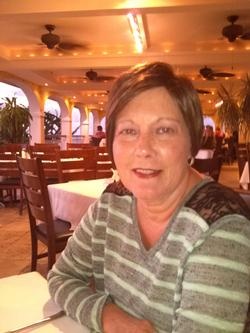 Terri Lynn Cline (nee Stroehmer) age 62, of Hillsboro, Missouri, passed away suddenly February 26, 2017, in Saint Croix, U.S. Virgin Islands. She was born August 1, 1954, in St. Louis, Missouri. She was the daughter of the late Harold Edwin and Emma Jean (nee Prewett) Stroehmer. Terri and her husband Don of 41 years were married  Dec 27, 1975,   Otto, Missouri. She was a retired Registered Nurse who enjoyed spending time with her family and granddaughters, watching Nascar, and fishing.

Memorials may be made to the Down Syndrome Association of Greater St. Louis.

To order memorial trees or send flowers to the family in memory of Terri Lynn Cline, please visit our flower store.