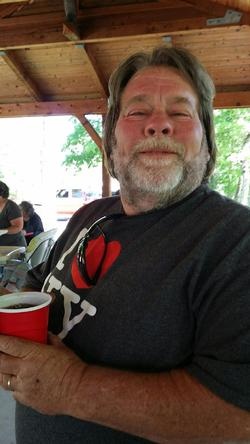 Also survived by a host of aunts, uncles, cousins and friends.

Funeral follows visitation at 1:30pm in the funeral home chapel.

Memorials to the family would be appreciated.

Arrangements under the direction of Robert D. Brown Funeral Home.

To order memorial trees or send flowers to the family in memory of Steven Eugene "Steve" Blackwell, please visit our flower store.