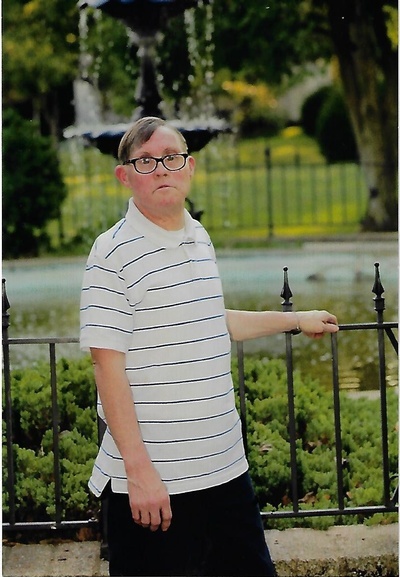 He was born October 29, 1960, in Crystal City. Steve was a graduate of Mapaville State School May 12, 1982. Steve was an amazing volunteer working for many different sites. Whether he was doing maintenance, assembling church bulletins he did it with great attention to detail. He volunteered for 24 years for Meals on Wheels and delivered more than 1200 meals. He helped establish the Books on the Run Program, delivering books, movies, and music to people with physical limitations and to homebound residents. He was an avid bowler and took part every year with Special Olympics as a Bowler and as a Track and Field Athlete. Because of his efforts, Steve brought home several Gold and Silver Medals. He enjoyed fishing, camping, roller skating, wrestling, the Dallas Cowboys Football Team and the Dallas Cowboys Cheerleaders. He loved music, pets and children. He was a people person. He retired from Next Step for Life in 2017. Next Step said about Steve that He will be greatly missed. He was a kind and gentle soul who touched hundreds of people’s lives in his community and at Next Step. He made us laugh and made all our lives richer and more meaningful, because he was our friend.

Steve’s family would like to extend their appreciation to the following:


He is survived by:

Also survived by a host of nieces and nephews.

Funeral Service: At 1pm at the church.

To order memorial trees or send flowers to the family in memory of Steven Mark McDowell, please visit our flower store.