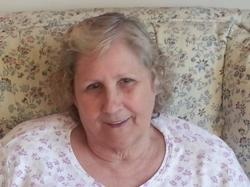 Shirley A. Bader (nee Haywood), age 71, of Hillsboro, passed away on March 05, 2016, in Crystal City. Born January 18, 1945, in Holcomb, Missouri. Shirley and her husband of 53 years were married September 8, 1962, in Glennonville, Missouri. She was a retired cook for Hillsboro R-3 Middle School, a member of and volunteer cook for Good Shepherd Catholic Church, Hillsboro. She love to read, play board games, especially Yahtzee, going antiquing and flower gardening.

Visitation-Tuesday, March 8, 2016, for 9:30am to 11am at Good Shepherd Catholic Church, Hillsboro, Missouri.

Memorials to-Good Shepherd School would be appreciated by the family.
To order memorial trees or send flowers to the family in memory of Shirley A. Bader, please visit our flower store.