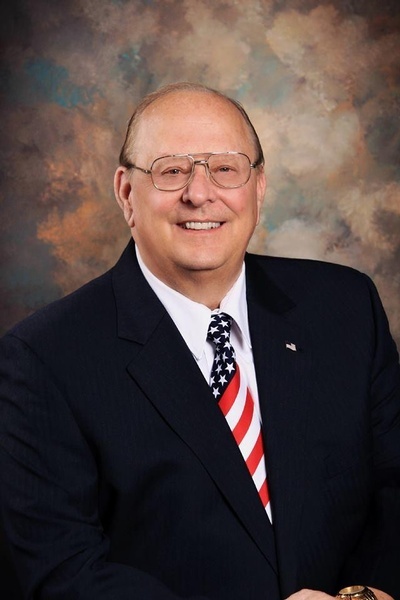 Samuel Joe Rauls “Sam” age 69, of Hillsboro, Missouri. Passed away on August 13, 2017, in Crystal City, Missouri. He was born May 01, 1948, in St. Louis, Missouri. He was the son of the late William Franklin and the late Rose Mae Rauls (nee Hight). Sam attended Jefferson College, Central Methodist University and the University of Missouri Columbia, studying Business Administration. He had worked for General Electric Credit Company and the Panasonic Company as an operations manger. He served 13 years as the Hillsboro City Municipal Judge, he was a Democratic Party Committeeman, Jefferson County Public Administrator from 1988 until 1999, a former member of the Hillsboro R-3 School Board, former board member of the Jefferson County Public Sewer District and had served on various boards and committees throughout Jefferson County. A member of the De Soto Elks, Hillsboro Community Civic Club, Hillsboro Lions, Joachim Masonic Lodge and Hillsboro United Methodist Church. He is a former Jefferson County Presiding Commissioner from1999-2002. He retired in 2010 as executive director of the Jefferson County Economic Development Corporation.

Memorials to: The Jefferson County Missouri Wall of Honor P.O. Box 242, Hillsboro, Missouri, 63050 or to the Hillsboro Methodist Church would be appreciated.

To order memorial trees or send flowers to the family in memory of Samuel Joe "Sam" Rauls, please visit our flower store.