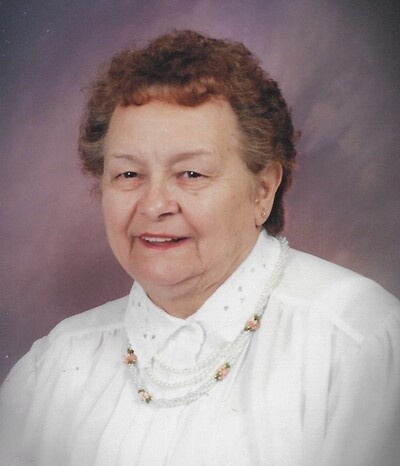 Rose Marie Nemeth, (nee Kaba) age 97, was called home to the Lord on Sunday, July 17, 2022. She was born on December 2, 1924, in Saint Louis, MO. The daughter of Steve and Rose Kaba (nee Torok) and her stepmother Theresa. She married George Nemeth on July 12, 1942, and George passed away in 2003. They moved to Jefferson County in 1969 she worked at Cedar Hill Drug as a Pharmacist Assistant, after that she worked for Dr. Ortillo as a medical assistant, then she obtained her E.M.T License and worked for Big River Ambulance. She retired from Hillsboro Post Office where she worked as a clerk for a number of years. Rose was a member of Good Shepherd Catholic Church, where she gave freely of her time, serving on the parish council and various other committees throughout the years. She also enjoyed returning to her old parish St. Mary of Victories, Hungarian church.

To order memorial trees or send flowers to the family in memory of Rose Marie Nemeth, please visit our flower store.