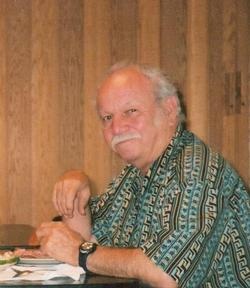 Robert Melvin (Bob) Price Sr. Age 88 of, Hazelwood, Missouri. Passed away on December 15, 2016, in Hazelwood. He was born December 30, 1927, in St. Louis. He was the son of the late Joyce and Edith Price (nee Hanners). Robert married his wife Anna of 65 years on October 10, 1951, in Baltimore, Maryland. He served his country during two wars, WWII, and Korea and  also during the Vietnam era. He was a veteran of the U.S. Navy, Army and later retired as an Air Force SSGT.  He was a member of Good Shepherd Church, Hillsboro, Missouri.

Memorials to-Birthright would be appreciated by the family.

To order memorial trees or send flowers to the family in memory of Robert Melvin "Bob" Price Sr., please visit our flower store.