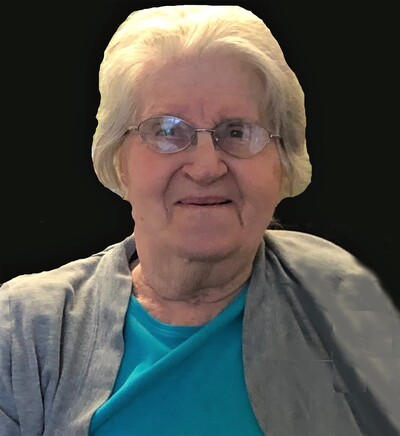 With profound sadness we announce the passing of Rita Ann Ziegler, our loving and devoted mother, grandmother, great-grandmother and friend.  She peacefully entered the open arms of her Heavenly Father on August 20, 2020 at the age of 91. She was born Rita Ann Wuertz of German/Prussian heritage on December 30, 1928 in Maxville, Missouri to Leo J. and Anna Wuertz (nee Klahs).  She married Daniel Ambrose Ziegler on October 24, 1953 at Immaculate Conception Catholic Church in Maxville, Missouri and together they raised one son Anthony (JoDonna) Ziegler, and 7 daughters Barbara Ziegler, Janice (Bob) Aubuchon,  Carol (Steve) Flieg,  Donna (John) Schroeter, Constance Ziegler, Karen Capps and Theresa (Dave) Peters.  She worked as a tireless mother and wife on the family farm in Goldman, Missouri having prepared thousands of meals, separated, washed and hung hundreds of loads of laundry in addition to candling and grading millions of eggs.  As if this job description was not enough, she helped in the field picking strawberries, picking up sweet potatoes and driving tractor/trailer during hay baling season. She guided her family with patience, understanding, compassion, hard work, generosity, and love.

In her retirement years she served her Catholic community by embroidering quilt blocks and volunteering at the Birthright; a not-for profit organization for women facing unplanned pregnancies.

She is preceded in death by her siblings Alma, Frances, Walter, Cecelia, and a niece Maryann and husband Dan.

She is survived by all her children and her 15 grandchildren; Gary, Michael and Robert Ziegler, Laura VanEck and Allen Aubuchon, Jennifer DeRousse and Kevin Flieg, John Schroeter and Julie Kennedy, Nicholas Capps, Brighton and Hannah Ziegler, Garrett, Megan and Macy Peters.  She is also survived by 7 great-grandchildren Violet Ziegler, Makayla VanEck, Austin and Erica DeRousse, Dixie and Josie Flieg, Audrey Schroeter, and Bard Aubuchon one sister Agnes and many nieces, nephews and friends.

Memorials:  Masses in her memory at Good Shepherd Catholic Church in Hillsboro or Donations to Birthright of Hillsboro would be appreciated

To order memorial trees or send flowers to the family in memory of Rita Ann Ziegler (nee Wuertz), please visit our flower store.