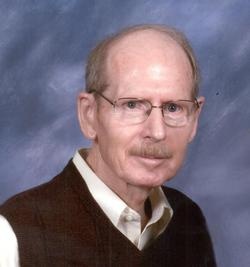 Richard D. Hart, age 77, of Hillsboro, Missouri, passed away on December 22, 2014, in St. Louis County, Missouri. He was born July 31, 1937, in Ashland, Ohio. He was son of the Late Delbert J and Mary Margaret Hart (nee Roller). Richard was a member of First Baptist Church of Hillsboro where he volunteered in the sound room, a veteran of the US Air force, former Police officer for Kingsville, Texas and Belleville, Illinois Police Departments, former Police Chief of New Athens, Illinois Police Department, and former deputy for the Jefferson County Sheriffs Department where he retired as a bailiff for Division 12.

Richard donated his remains to Washington University school of Medicine.

Memorials to First Baptist church of Hillsboro appreciated.
To order memorial trees or send flowers to the family in memory of Richard D. Hart, please visit our flower store.