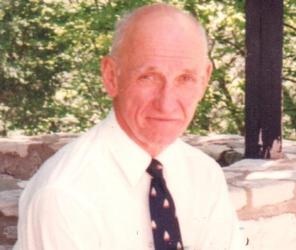 Richard Alvin “Dick” Brown, age 86, of Hillsboro, Missouri, passed away on June 05, 2017, at his home. He was born August 04, 1930, in Raymond, Illinois. Dick and his wife Diane of 63 years were married July 18, 1953, Morrisonville, Illinois. Dick was an insurance salesman for Mass Mutual, Certified Life Underwriter, Chartered Financial Consultant, Pension Specialist and taught for A.D. Banker. He was a former Board of Director for Goldman Fire Protection District, a U.S. Army veteran, member of Knight’s of Columbus Council # 6401, Hillsboro and Good Shepherd Catholic Church.

Memorials to –Family asks for no flowers but donations to Pony Bird Inc, would be appreciated.

To order memorial trees or send flowers to the family in memory of Richard Alvin "Dick" Brown, please visit our flower store.