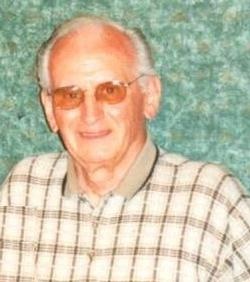 Raymond J. Skiera Sr. age 83, of Hillsboro, Missouri, passed away on November
16, 2012, in St. Louis, Missouri. He was born on October 19, 1929, in Fairmont City, Illinois. Raymond and his wife Joanne were married on April 24, 1954, in Corinth, Mississippi. He was a retired machinist for Ameren U.E and had worked at the Rush Island Power Plant. He was a member of, Polish American War Veterans, American Legion Post 253 Festus, Windsor Lake Rod and Gun Club, Hillsboro Police Board and was a Korean War Army Veteran.

There were no services.

Memorials to-Windsor Lake Rod and Gun Club Horine, Missouri, would be appreciated by the family.
To order memorial trees or send flowers to the family in memory of Raymond J. Skiera Sr., please visit our flower store.