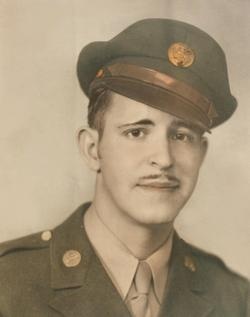 Ralph "Bud" J. Russell Sr. age 90, of Hillsboro, Missouri, passed away on February 18, 2014, at his home. He was born January 17, 1924, in St. Louis, Missouri. Bud was a mechanic and worked for Jim Callahan''s Texaco Station in De Soto, Missouri. Bud later purchased the station and changed the name to Bud Russell Texaco. Then the Mahn family restored the station. It is located on the north end of De Soto''s Main Street, Bud was an Army veteran served with the 768 Military Police Battalion. Bud was a member of Amvets Post #48 De Soto, V.F.W. Post # 1831 De Soto, American Legion Post #1 St. Louis, and CIO Glassworker''s Union.

Visitation will be held on Thursday, February 20, 2014, from 4pm to 7pm at the Robert D. Brown Funeral Home, Hillsboro, Missouri.

Funeral service with be held on Friday, February 21, 2014, at 9am in the Robert D. Brown Funeral Home Chapel.


Memorials to-The Diabetes Association or De Soto Meals On Wheels would be appreciated by the family.
To order memorial trees or send flowers to the family in memory of Ralph J. Russell, please visit our flower store.