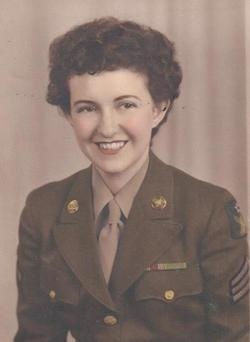 Ona M. Backes (nee Du Puy), age 92, of Hillsboro, Missouri, formerly of St. Louis, Missouri, passed away on August 26, 2014, in Hillsboro, Missouri. She was born on November 02, 1921, in Port Arthur, Texas. She was a homemaker, girl scout leader, an avid quilter and designer, seamstress, cook and gardener. Ona was the recipient of the Red Cross Clare Barton Award. She was also a veteran of WWII serving as a WAC Sergeant in the Army Air-Corp and member of American Legion Post 404 St. Louis, Missouri.

Memorial to-Open Door Animal Sanctuary or the Rainbow Ranch would be appreciated by the family.
To order memorial trees or send flowers to the family in memory of Ona M. Backes, please visit our flower store.