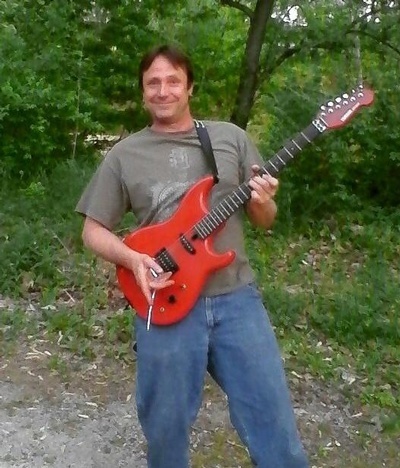 Nicholas Andre “Nick” Piche' age 56 of Hillsboro, Missouri, passed away on May 12, 2018, in Hillsboro. Nick was born April 09, 1962 in St. Louis. He worked mostly in flooring installation. Nick’s passion was music. He was very compassionate, hardworking, an amazing guitar player, artistic, and a dreamer. He was a son, brother, father, grandfather (paw paw), nephew, cousin, uncle and friend. Nick had a way of drawing people to him. He was the life of the party. He was a joy to be around. Nick loved his friends and family and they loved him. He will be greatly missed.

His grandchildren-Nico and Skyler Brooks and Chloe Fischer.

He is preceded in death by:

Memorial Service: follows at 1pm in the funeral home chapel.

Memorial Donations to: The family asks in lieu of flowers to donate to the American Cancer Society or your choice of    charity.

To order memorial trees or send flowers to the family in memory of Nicholas Andre "Nick" Piche', please visit our flower store.