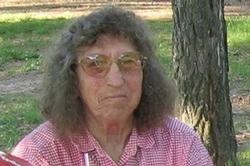 She was a home maker and was retired from Cooper-Bussman Manufacturing in St Louis Missouri.Nellie and her Late husband Ronald were married on July 13, 1946 in Ste. Genevieve, Missouri

Our dear aunt, cousin, and friend.