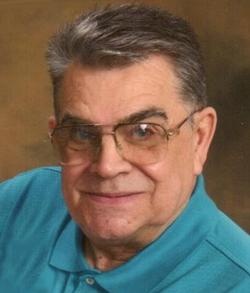 Michael W."?Mike" Bellafiore, age 68, of Festus, Missouri, passed away on March 16,2012, at his residence in Festus, Missouri. He was born July 11, 1943, in Davenport,Iowa. Mike and his wife Cathy were married on June 11, 1966, in St. Louis, Missouri. He was a retired fire inspector for High Ridge Fire Protection District, member of Good Shepherd Catholic Church, Hillsboro, Missouri, Third Degree Knight, Past District Deputy and Grand Knight, Knights of Columbus, Council #6401, Hillsboro, Missouri.

Celebration of Life Service- Sunday March 25, 2012, at 3 pm in the funeral home chapel.

Memorials to-Jefferson Regional Hospice or Good Shepherd School would be appreciated by the family.
To order memorial trees or send flowers to the family in memory of Michael W. (Mike) Bellafiore, please visit our flower store.