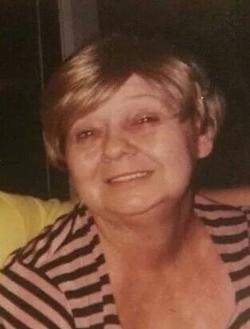 Mattie G. McMinn (nee Maddox), age 68, of Dittmer, Missouri, passed away on May 01, 2014, at her home. Mattie was born March 07, 1946, in Arkansas. She was a housekeeper and an avid bingo player And loved playing at the Knights of Columbus and Amvet in De Soto, Missouri.

Our dear aunt, great aunt, cousin, sister in-law and friend to many.

Memorials to: Johnny''s Army would be appreciated by the family.
To order memorial trees or send flowers to the family in memory of Mattie G. Mc Minn, please visit our flower store.