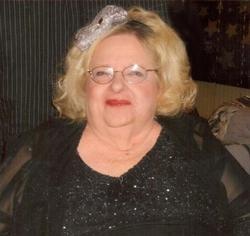 She is survived by two daughters

Dear aunt, great-aunt and friend to many