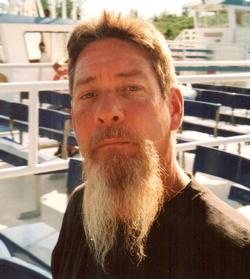 Mark Steven Sparkman, age 56, of Hillsboro, Missouri, passed away on February 12, 2017,at his home in Hillsboro. He was born September 7, 1960 in Festus. Mark and his wife Jeanie of 7 years were married September 05, 2009, in Pevely, Missouri. Mark enjoyed life; he worked hard and played hard.  Mark was a member of Local 110, and a 513 Operator. He enjoyed the outdoors especially hunting, fishing and riding his motorcycle. He will be dearly missed by his family and friends.

A celebration of his life will follow after the service.

Memorials The Johns Hopkins Scleroderma Center would be appreciated by the family.

To order memorial trees or send flowers to the family in memory of Mark Steven Sparkman, please visit our flower store.