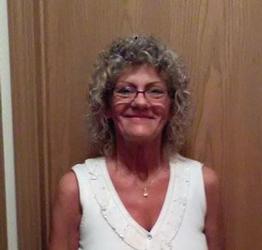 Margaret Ann Johnson (nee Harry), age 63, of Hillsboro, passed away on Monday, June 12, 2017 at her home. She was born August 26, 1953, in St. Louis, Missouri. She was the owner of Margaret’s Cleaning Service. She attended Hillsboro Christian Church, and was a member of American Legion Post #253 Festus Ladies Auxiliary. Margaret enjoyed dancing, helping others and was lovingly devoted to her grandchildren.

She is also survived by her nieces and nephews and many friends that have become family.

She is preceded in death by:

Donations to: ABC Brigade for Stroke or the Cochlear Family of St. Louis, would be appreciated by the family.

To order memorial trees or send flowers to the family in memory of Margaret Ann Johnson, please visit our flower store.