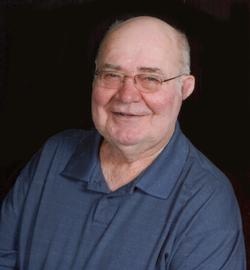 Larry Lee Jensen, age 76, of Imperial Missouri, passed away on November 12, 2014, at St. Anthony''s Medical Center. Larry was born October 09, 1938, in Gray, Iowa. He was a longtime employee of Middlewest Freight Hauling and retired as a bus driver for the Hillsboro R-3 School District. Larry married his wife Ruth of 51 years on July 6, 1963, in Dedham, Iowa. He was a member of St John''s Catholic Church, 50 Plus Club and Teamster''s local 618 for 25 yrs. Larry enjoyed wood crafting, fishing, hunting, country music, bluegrass music and dancing.

Also survived by his grandchildren-Heather, Kenny and Rayne.

Memorials to-The family would be appreciated.
To order memorial trees or send flowers to the family in memory of Larry Lee Jensen, please visit our flower store.