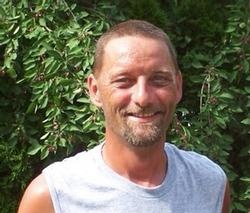 Kenneth Ray Olcott Sr., age 44, of Imperial, Missouri, passed away suddenly on September 09, 2014, at his home. He was born January 18, 1970, in St. Louis, Missouri. Kenneth was a loving father, son and brother. He was a graduate of Hillsboro High School class of 1988. He was roofer by trade but could do most anything. He enjoyed cooking, grilling, and gardening. He will be dearly missed.

Interment will be private

In lieu of flowers, the family would greatly appreciate donations for his minor children. Donations can be made at www.gofundme.com/olcottchildren.
To order memorial trees or send flowers to the family in memory of Kenneth Ray Olcott Sr., please visit our flower store.