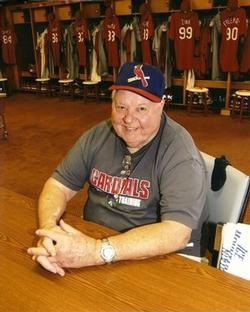 A veteran of the US Army serving during WW II, a member of Amvets post # 48. He worked as a union painter spending most of his career at Busch Stadium.

In addition to his parents he was preceded in Death:

To order memorial trees or send flowers to the family in memory of Kenneth Luther "Spud" Rowan Jr., please visit our flower store.