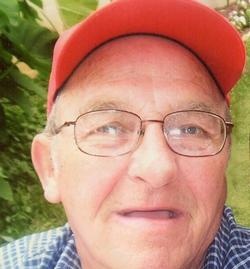 Kenneth B. Harvey Sr. age 70 of Hillsboro, Missouri, passed away on September
12, 2012, in Crystal City, Missouri. He was born on September 22, 1941, in Arbyrd,Missouri. He was retired from Norfolk and Southern Railroad and was employed by them from 1962 to 2003. Member of Good Shepherd Catholic Church, Hillsboro Missouri and was a Fourth Degree Knight.

He is survived by