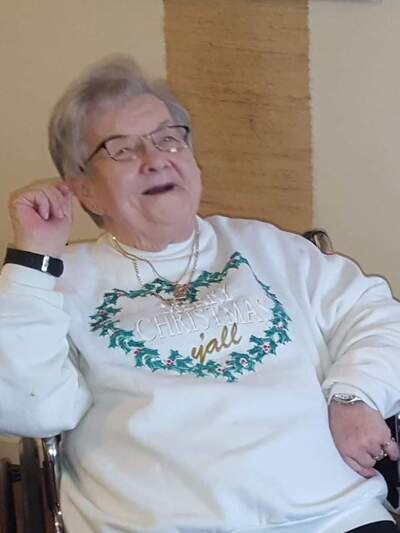 Joyce C. (nee Shaughnessy) Kendall age 82 of Hillsboro, Missouri passed away on December 25th, 2021 at her home in Hillsboro. She was born September 13, 1939, in St. Louis, Missouri to her late parents Michael Shaughnessy and Catherine (nee McCabe) Nobs. Joyce married her 3rd-grade sweetheart the late Richard Edward Kendall in a small building by the name of Perpetual Help Church in North Saint Louis on April 11th, 1959. Joyce was a longtime Bookkeeper for several construction companies throughout her career. She was also a longtime member of the Good Shepherd Catholic Church of Hillsboro where she praised her Lord and sang hymns. She was an avid memorabilia collector of her favorite actor John Wayne; enjoyed refurbishing furniture in her spare time, had a great love of plants and flowers, and absolutely took pride in cleaning her home.

In addition to her parents and her husband, she is preceded in death by her son - James R. Kendall, sister Patricia Lombardo and brother Joseph Nobs.

To order memorial trees or send flowers to the family in memory of Joyce Catherine Kendall, please visit our flower store.