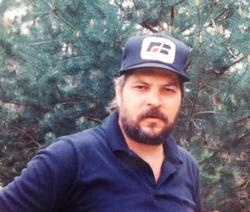 Joseph Randall Politte, age 60, of Festus Missouri, passed away on June 2, 2014, at his residence. He was born April 16, 1954, in St. Louis, Missouri. Joseph and his wife Dee were married February 14, 1980, in Arnold, Missouri. He was a member of Bethel Church, Festus, Missouri. Joe was a very generous person who made friends everywhere he went. He had a love for music and shared it. Using his DJ/Karaoke equipment, he gave of his time providing music and fun, free of charge for the De Soto High School special ed classes, retirement communities, charities, Disability Resources annual picnic and for family and friends. An avid bowler, he carried an average over 200 with four 300 games and one 800 series to his credit. When bowling, he helped others improve their score with words of encouragement and bowling tips. But most of all, he was a born again Christian who passed on his beliefs to his children and grandchildren. A loving husband and father, who dedicated most of his time caring for his autistic son Jared. Joe was loved by all who took the time to know him, he is greatly missed.

Memorials to- The Politte family for Jared would be appreciated.
To order memorial trees or send flowers to the family in memory of Joseph Randall Politte, please visit our flower store.