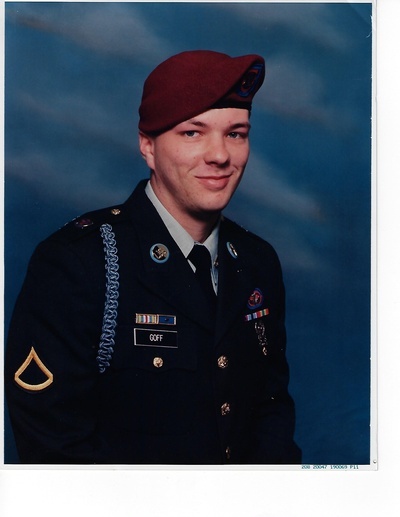 Also survived by a host of nieces and nephews.

Memorial Service-Thursday, April 19, 2018 at 7pm in the funeral home chapel,

We will be departing from funeral home parking lot promptly at 10:30am to
national cemetery.

Memorials to St Patrick’s Center, St. Louis, would be appreciated by the family.

To order memorial trees or send flowers to the family in memory of John Wesley Goff, please visit our flower store.