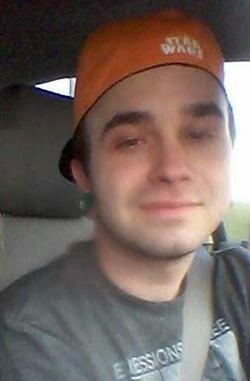 James Albert Naumann age 25, of De Soto Mo, passed away on December 16, 2016, in Crystal City, Mo.  Born November 25, 1991, in St. Louis Mo. James worked at Wal-Mart and was a member of Highland Baptist Church. He had recently enrolled and been accepted to Rankin Tech and was looking forward to training for a career in the electrical field.

Brothers- Justus and Joshua Naumann both of De Soto Mo.

Host of aunts, uncles, cousins and a friend many.

Funeral follows the Visitation and will begin at 1:00 PM Thursday.

To order memorial trees or send flowers to the family in memory of James Albert Naumann, please visit our flower store.