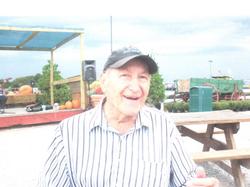 He was born April 28, 1926 in Staunton, Illinois. Jack was a construction engineer, and owner of

serving in the infantry during WWII.


Preceded in death by:


Memorials to- The American Heart Association would appreciated by the family.
To order memorial trees or send flowers to the family in memory of Jack R Baner, please visit our flower store.