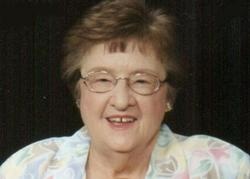 Memorials to-Twin City Christian Academy Scholarship Fund would be appreciated by the family.

(note; she was a member of First Baptist Festus but all Services at Second Baptist do to painting at First Baptist.)
To order memorial trees or send flowers to the family in memory of Hazel M Billington, please visit our flower store.