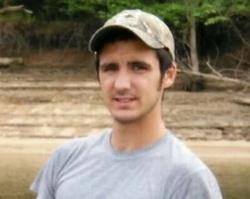 In addition to his parents he is survived by his three brothers Jessey (Margie) Rock, of Kirkwood, Jimmy (Kari) Swofford, of Columbia, and Kiel Turner, of De Soto. Two sisters Shannon Turner, of Fenton, and Kylie Walton of Hillsboro, Grandparents Milton and Shirley Rock, of Hillsboro.

He is preceded in death by his grandparents, George Sr. and Evelyn Walton, and one uncle George Walton Jr.

The family would like to thank the Graham family, Ray Bourbon, and Hillsboro Elementary School.
To order memorial trees or send flowers to the family in memory of Grant D. Walton, please visit our flower store.