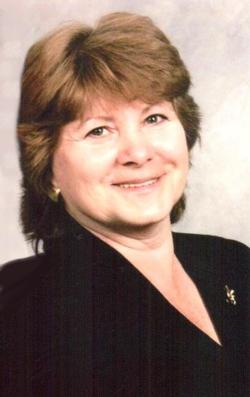 Ginger Lee Caine, (nee Humphrey) 66, of Hillsboro, died October 17, 2015, at Mercy St. Louis Hospital, in Creve Coeur. Mrs. Caine was a waitress, member of Grace Center Church in Festus and enjoyed gardening and tending her flowers. She was born June 24, 1949, in De Soto to the late Robert and June Humphrey (nee Hensley). She is survived by her husband Bill E. Caine Sr., whom she married October 21, 1967, in St. Clair, Missouri.

Visitation will be held Wednesday, October 21, 2015 from 10am to Noon, at Robert D. Brown Funeral Home, Hillsboro, Missouri.

Funeral service will be held Wednesday, October 21, 2015 at Noon, in the funeral home chapel.

Interment will be in the Hillsboro Cemetery.

Memorials to the family would be appreciated.

Arrangements are under the direction of Robert D. Brown Funeral Home.
To order memorial trees or send flowers to the family in memory of Ginger Lee Caine, please visit our flower store.