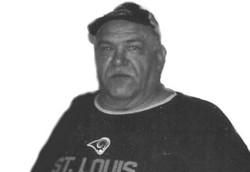 He was a Truck Mechanic and previous owner of St.Louis Motor Truck Svc,