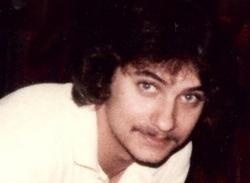 George D.Walton Jr, 50, of De Soto, Missouri died December 31, 2010 in his home. He was born June 1, 1960 born in Inglewood, California
George was a self-employed garage door installer and worked for PJD at the Brewery in St. Louis. He enjoyed motorcycle riding and being outdoors.
He is survived by his wife of 27 years, Debbie (nee Fields) Walton of De Soto, Missouri; His mother: Evelyn (nee Burrus) Walton of Cedar Hill, Missouri; Siblings, Pam (Chris) Price, of Huntsville Alabama and Dave (Mendi) Walton of Hillsboro, Missouri.

Also survived by several Nephews, Nieces, and his two dogs, Molly and Stinky.

His father, George D. Walton Sr, precedes him in death.

Memorial visitation will be held on Tuesday, January 4, 2011 from 4 to 6PM, followed by a memorial service at 6PM at First Baptist Church of Hillsboro, Missouri.