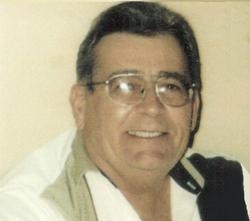 George Louis Shoptaugh, Jr. age 65, of Ste. Genevieve, Missouri, passed away
on September 15, 2012, at his residence. He was born November 04, 1946, in St. Louis, Missouri. George and his wife Linda were married on May 29, 1971, in Hillsboro,Missouri. He was a repairman for Lucent Technologies, a US Army veteran and a member of Amvets #48 De Soto, Missouri.

Memorials to-Amvets Post # 48, De Soto, would be appreciated by the family.
To order memorial trees or send flowers to the family in memory of George Louis Shoptaugh Jr., please visit our flower store.