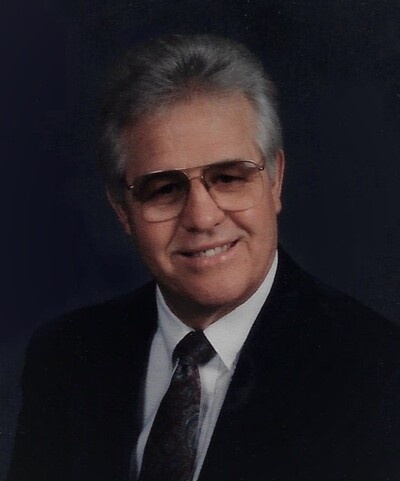 Franklin L. Hoskin, formerly of Hillsboro, passed away on Sunday, May 24, 2020, at Mercy Hospital South in Saint Louis at the age of 84. He was born on July 15, 1935, in Fort Scott, Kansas, the son of the late S. Frank Hoskin and Frances L. Readinger.

He attended Fort Scott Schools and Pittsburg State University, Pittsburg, Kansas, graduating with a BS in Education and an MS in Industrial Education. He proudly served in the United States Navy Seabees from 1953 -1956.

He attended Hillsboro United Methodist Church, was a man of faith, and the way he lived his life reflected that. He will be remembered most for his faith, patience, his sense of humor, and his love of pulling pranks and jokes.

A Military Honors Ceremony and interment will be on July 17, 2020, at 10 am at Fort Scott National Cemetery, Fort Scott, Kansas. Following the ceremony, there will be a memorial luncheon at the VFW hall in Fort Scott.

To order memorial trees or send flowers to the family in memory of Franklin L. Hoskin, please visit our flower store.