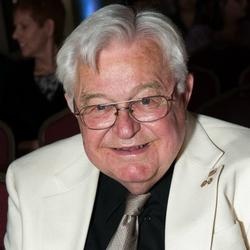 The Honorable Mayor Frank A. Roland Jr. age 81, of Hillsboro, Missouri, passed away on March 09, 2015, at his home in Hillsboro. Born September 04, 1933, in Lemay, Missouri. Frank was elected Mayor of the City of Hillsboro, in 1995. He followed the calling to invest his gifts, time and talents in the service of others over the course of his public service for the city he dearly loved. He was a member of Hillsboro Rotary, Hillsboro Chamber of Commerce, Hillsboro Lions, Good Shepherd Catholic Church and Choir Director, Knights of Columbus, # 6401, 4th Degree member of Cardinal Glennon, Amvets De Soto, VFW Antonia, St. Vincent DePaul Society. He was active with several St. Louis Archdiocese committees, and the Ministerial Alliance for Hillsboro. He was a Korean War Army Veteran and great supporter of Cultural Diversity of Jefferson County. He left a legacy of community service that will not be matched any time soon. He will be dearly missed.

Memorials to-Knights of Columbus, #6401, or masses would be appreciated by the family.
To order memorial trees or send flowers to the family in memory of Frank A. Roland Jr., please visit our flower store.