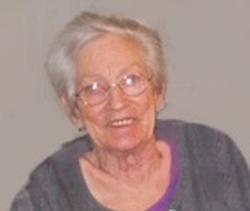 Erma Earline Hornbuckle (nee Dwinell) age 80, of De Soto, Missouri, passed away on December 11, 2014, in De Soto. She was born March 20, 1934, in Oklahoma City, Oklahoma. She worked as a machine operator in a plastic factory.