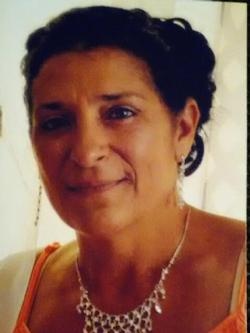 Dorothea Paula “Dotty” Giger (nee Harrison,) age 51 of Middlebrook Missouri, passed away on July 3, 2017, in St. Louis County Mo. She was born March 5, 1966, in St. Louis Missouri.  She was the daughter of Leo and Louise Harrison (nee Reinwald) who both preceded her in death. Recently she had been employed at Menards in Farmington Missouri, prior to that she worked in dietary at the Baptist Home in Ironton Missouri. In the past she operated her own delivery service.

She was a loving aunt to a host of nephews and nieces.

Memorials to the Charity of your choice, in her memory would be appreciated.

To order memorial trees or send flowers to the family in memory of Dorothea "Dotty" Paula Giger, please visit our flower store.