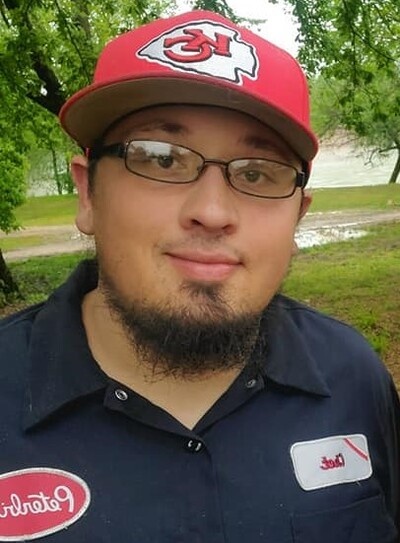 Devin Leonard Price, age 27, of Hillsboro, Missouri, passed away on December 29, 2020, at his home. He was born on September 07, 1993, in St. Louis. Devin and Heather, his highschool sweetheart, were married on May 19, 2018, in Hillsboro. Devin was a Diesel Mechanic for TLG Peterbilt – St. Louis. He excelled at his trade, a soon to be the foreman on his shift. He was a jack of all trades, he could do just about anything, because of this he earned the nickname “Tech Support”. He enjoyed his dogs, family gatherings, the great outdoors, camping, fishing, and floating down the many rivers and streams he could find. Bennett Springs State Park in Lebanon, Missouri was his favorite fishing/camping spot. He could not wait for the trip down there with his family each year. It was not unusual to see the Price boys there five times a year. He treasured his large family (especially his Grandma Roth and Grandpa Price), his wife, his puppies, and his job very much.

He was preceded in death by:

Please join us in celebrating his life,

Funeral: Follows at 7 pm in the funeral home chapel.

In Lieu of flowers, donations can be made to the Missouri Dept. of Conservation.

To order memorial trees or send flowers to the family in memory of Devin Leonard Price, please visit our flower store.