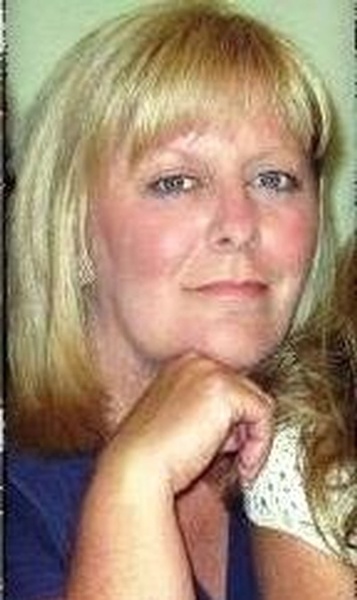 Dawn Raylene Horn (nee Everett), age 53, of Hillsboro, Missouri, formerly of Moberly, Missouri, went to be with our Lord and Savior on January 09, 2018. She was born May 12, 1964, in Smithtown Long Island, New York. Dawn was well-loved in the Hillsboro Community.

Dawn was a past board member and volunteer for Hillsboro Little League Baseball and an active volunteer for 4-H Equestrian group. She was a huge fan of Hillsboro Hawks Football. She could always be found in the bleachers at every Friday night home game. She was also a member of the Hillsboro Touchdown Club Boosters, as well as being involved in numerous other community civic groups.

Since Dawn’s days as an avid long-distance runner for AAU and Truman State University in Kirksville, she loved being at the Hillsboro School’s track meets. Dawn and Donny were married on July 07, 1984 at St. Pius X in Moberly, Missouri, where she also graduated high school in 1982.

In lieu of flowers the family request donations to the Myasthenia Gravis Foundation of America. (myasthenia.org) click donate now, would be appreciated.

To order memorial trees or send flowers to the family in memory of Dawn Raylene Horn, please visit our flower store.