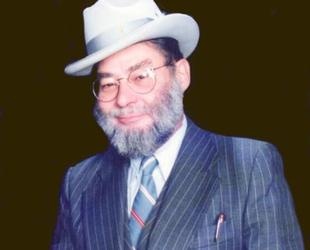 Daniel Brunson Hollingsworth II, age 84, of Bismarck, Missouri formerly of Hillsboro, Missouri, passed away July 3, 2017, in Desloge, Missouri. He was born September 03, 1932 in Bonne Terre, Missouri. He was the son of the late William Strother and Amby Belknap Hollingsworth. He was named after his paternal grandfather and went by the name Brunson. He graduated from Mehlville High School in 1954 where he was a member of the Air Force National Guard and the debate team. Brunson earned a Bachelor’s Degree in Economics and a Juris Doctorate from the University of Missouri. In 1963 he began practicing as an Attorney at Law. He was a former Jefferson County Prosecuting Attorney, a U.S. Navy Veteran, member of Joachim Lodge #164 Hillsboro and a lifelong Democrat.

Memorials to- The Alzheimer’s Association would be appreciated by the family.

To order memorial trees or send flowers to the family in memory of Daniel "Brunson" Hollingsworth II, please visit our flower store.