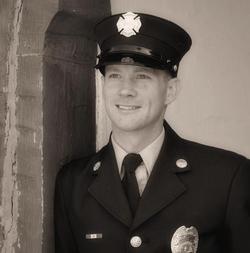 Clinton (Clint) Michael Gallaway, age 32, of Crystal City, Missouri, passed away on August 14, 2014,at his home. Clint was born on November 03, 1981, in Crystal City, Missouri. He was an Animal Control Officer for the Jefferson County Shelter, and Firefighter for De Soto Rural Fire Protection District.

Also survived by his aunts, uncles, cousins and many friends.

In lieu of flowers-Memorials to Cystic Fibrosis Foundation or the De Soto Rural Fire Association would be appreciated by the family.
To order memorial trees or send flowers to the family in memory of Clinton Michael Gallaway, please visit our flower store.