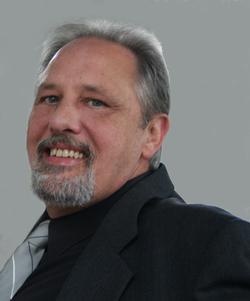 Charles "Chuck" Shepherd Herrmann, age 59, of Hillsboro, MO, fought a valiant fight but was called home on Monday April 20, 2015. He was surrounded by his loved ones in his home at the time of his passing. Chuck was born July 8, 1955 in St. Louis, MO. Chuck graduated High School from Berkley High School in 1973 and earned his A.A. in CNC programing from Jefferson College in 1996. Technology was his specialty and he was employed with the Hillsboro R-3 School District as a Computer Hardware Specialist for 17 years.
He married Melissa Shaw on June 29, 1991 in Eureka Springs AR. Chuck was a devoted husband, father of five and grandfather of six. Chuck''s interests included music, St. Louis Blues hockey, camping and bringing a smile to those around him.

He is preceded in death by:
His father Kenneth, mother Velda, and sister Kathy Willis
The Memorial Service will be held at the First Baptist Church May 2 2015 at 2 p.m.
To order memorial trees or send flowers to the family in memory of Charles S. Herrmann, please visit our flower store.