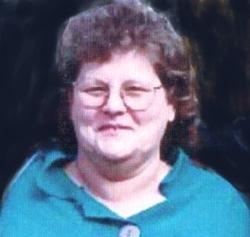 Brenda J. Moore (nee Williams), age 60, of Festus, Missouri. Passed away at St. Clare Health Center in Fenton, Missouri, on Friday, December 13, 2013. She was born January 20, 1953, in St. Louis Missouri She was the daughter of the late Bobby Joe Williams and the late Loretta Williams (nee Johnson). Brenda married her husband Festle on April 25, 1981, they were married for 32 years. Brenda had a passion for helping people, and spent much of her time volunteering for the Hillsboro Food Pantry.

Memorials to the Hillsboro Food Pantry would be appreciated by the family.
To order memorial trees or send flowers to the family in memory of Brenda J. Moore, please visit our flower store.