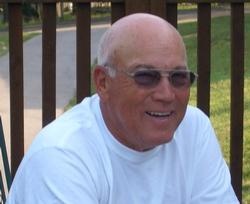 Billy E. Fielder, age 76, of Pevely, Missouri, passed away at his home on Thursday, January 01, 2015. He was born August 02, 1938, in Gideon, Missouri, he was the son of the late Burl Ambrose Fielder and the late Cecil "Dude" Fielder (nee Coleman). Billy and his wife Linda were married on May 22, 1999 in Pevely, Missouri. He was the owner of R & R Auto Services in Hillsboro, Missouri and member of the Hillsboro Community Civic Club.

Memorial to: American Lung Association or Share of St Charles would be appreciated by the family.
To order memorial trees or send flowers to the family in memory of Billy E Fielder, please visit our flower store.