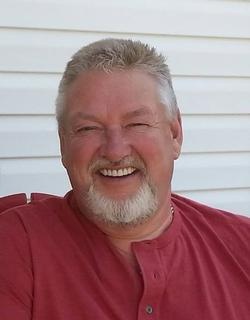 Bill Everett Craig, age 59, of Blackwell, Missouri, passed away on July 24, 2014, at his residence. Bill was born January 14, 1955, in St Louis, Missouri. Bill and Debbie were married on December 02, 1977, in Festus, Missouri, they were together for 37 years. Bill was co-owner of Carousel Florist in Hillsboro, Missouri. He received a Class A Law Enforcement License from the St. Louis Police Academy and had worked for Hillsboro Police Department, Jefferson County Sheriff''s Department as a road officer and in the Detective Bureau, Reynolds County Sheriff''s Department, and was a special commissioned officer for Washington County Sheriff''s Department. Bill also earned a degree in Business from Fontbonne University and was employed as a supervisor for Chrysler Corporation. He was a veteran of the United States Army and the Army National Guard, member of Joachim Masonic Lodge for 25 years, a Moolah Shriner for 25 years, and a member of the Elks for 37 years.

In lieu of flowers, the family has asked for a toy that can be sanitized and suitable for a donation to St. Judes Children''s Hospital. The Funeral Home has special tags made for families to put on toys .The toys will displayed at the services just like florals. We will be at the Funeral Home Saturday 11 am to 2 pm, Sunday 11 am to 5:30 pm and Monday 9am until 10:30 am to accept toys for the family. Monetary donations may be made to "Our Cancer Hero Fund" in C/O Eagle Bank and Trust, Hillsboro, Missouri.
To order memorial trees or send flowers to the family in memory of Bill Everett Craig, please visit our flower store.